What is a condom: Exploring the Hero of Intimate Protection

Condoms play a prominent role in our sexual health so exploring all facets of them — anatomy, purpose, and effectiveness — helps us to maximize their full potential. 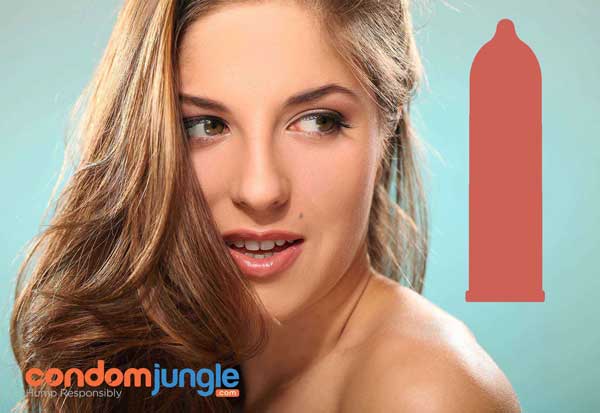 If you acquire information about how to use a condom, your sexual romps will be as safe as possible. You don’t want to learn this stuff from your doctor while making an unplanned emergency visit.

You are different because you are reading this article which means you want to learn how to make things easier and hassle-free in advance.

In this article, we touch briefly on the basics of male condoms for anyone just starting an intimate life. Then give a broader overview of this simple form of barrier birth control for newbies and more experienced lovers alike.

There are all kinds of interesting condom tidbits for you and some fun stuff, too.

What is a condom?

A condom is a time-tested, very capable and inexpensive barrier that men wear over their penis during intercourse. First invented as a contraceptive, and later also used to prevent passing along the majority of sexually transmitted infections (STIs). Condoms are widely accessible and available over-the-counter.

What is a condoms made of?

The lion’s share of condoms are made of natural rubber latex. This material is flexible and remarkably durable with low breakage rates and high performance. The Food and Drug Administration (FDA) has stringent criteria for the overall manufacturing process to ensure a high product quality. More on the FDA in the manufacturing section.

There are alternatives to latex such as polyurethane, polyisoprene, and lambskin, which we address more in the second half of this article.

Just out of their packaging, condoms are collapsed, flat and round.

If you were to blow into them, they’d look almost identical to balloons except, typically, they are different shapes. Balloons are mostly roundish whereas their contraceptive counterparts are more oval.

How old do you have to be to buy condoms?

Unlike when buying alcohol and tobacco products, you don't have to be a certain age to buy condoms. Having said that, there is usually a legal age in each state to consensually have sex. That means you shouldn’t need condoms unless you are of legal age for having sex.

Typically, you should not be asked your age or to show your ID or drivers license at the register. If you want to avoid any hassle just do your shopping online. You don’t have to think about any embarrassing obstacles ever again.

Also read: How old do you have to be to buy condoms

There is no “single size fits-it-all” condom because men are not the same when it comes to their private parts dimensions. As t-shirts come in small, medium, large and extra large, condom sizes are pretty much similar.

There are three dimensions to a condom that could be helpful for you to know: length, circumference, and thickness. The first two relate to size while the latter relates to its material (yes, some are thinner or thicker than others).

Many guys think that length, which is fairly self-explanatory, is everything, but really, that’s not exactly the case when it comes to these devices. The circumference, or girth, is more likely to be an issue because it could feel tight at the base of your penis. That’s why we have our simple size chart to help out with the process.

Hint: If you are not sure what circumference, girth and other terms mean when it comes to condoms just visit our article linked in the previous paragraph to learn more.

Most prophylactics, regardless of thickness, are somewhat see-through in a natural hue. You can also bump into some that are more vibrant (red, pink, green, blue…). The condom’s color has nothing to do with anything other than visual stimulation; its core functionality is the same.

How to use a condom

Using a condom is pretty straightforward. Here are the quick instructions:

Even when something is this easy, there are a few considerations regarding the ins-and-outs (pun intended) of using a condom. If you don’t use these contraceptives correctly, you decrease their effectiveness (read more on this later). We recommend reading our easy instructions for how to put on a condom for better understanding.

There are many benefits to using condoms regularly, and really no reason not to.

First for the PROS:

Now, for the CONS, which really aren’t…

We know that correct and consistent use of condoms provides  very effective protection against the transmission of common STIs and unwanted pregnancies. In fact, they rate as 98% effective.

What can impact condom effectiveness?

Human error is most likely the cause if you have an issue. Here are a few examples:

As you can see, there are a bunch of human factors that can negatively affect the level of protection you expect from a condom. But if you are in the know, you are good to go and will likely not have any issues.

If we look at history, going way back to when condoms were invented, the precursors to modern-day prophylactics were very rudimentary in form. In fact, it’s a bit shocking what men did to their penises and what it must have felt like for their partners. C’mon, chemical-soaked cloths wrapped around your manhood… Really? That sounds like a burning mess.

Fortunately, condoms keep evolving. First introduced in the mid 19 th century, vulcanized rubber condoms were durable but had too many additives that were not so great for the private parts. The 1920s saw a major improvement in rubber material-- latex condoms gave use a longer shelf life from several months to up to 5 years. Latex is still the most used material for making condoms.

Reputation and effectiveness for these devices are at an all-time high thanks to even more innovations and regulations. Plus, brands design condoms to do more than merely prevent and protect. Now they also strive to enhance your pleasure.

From the introduction of ultra-thin, textured and extra-large condoms to new materials or also what’s billed as a “revolutionary shape”, the last couple of decades have produced many condom innovations.

Let’s talk about a couple of these innovations a bit more.

In 2008 we saw the introduction of a non latex material that became the landmark for a new era of condoms that look, feel and stretch like latex. Medical-grade synthetic polyisoprene shares all the characteristics yet contains no latex allergens.

Polyisoprene allows people with such sensitivities to use condoms without compromising on features. Before these prophylactics, only “natural” lambskin and polyurethane varieties were available.

Putting aside the main purposes for condoms (prevention and protection), the other focus is on your level of satisfaction. Condom shape helps with this. A restrictive fit can reduce men's sensitivity and, as a result for some users, impair the enjoyment of intimate moments.

Making a significant shift in shape design, Trojan Ecstasy are bigger around the head and top. The light bulb shape gives the penis more freedom of movement and a more natural feel when in action.

Let’s Not Forget… We would be remiss if we didn’t also give a quick shout-out to flavored, spermicidal and desensitizing lubrication among other condom types.

What do acupuncture needles, Immunoglobulin G (Igg) In, usion Systems, power wheelchairs and condoms have in common? The FDA classifies them all as class 2 medical devices. Any product deemed class 2 is typically non-invasive but could pose a risk if they don’t work properly or if used incorrectly.

Therefore, the FDA imposes and will enforce, strict regulations on these products. Why is this important?

It ensures brands put a strong emphasis on quality control throughout each step of the manufacturing process, resulting in quality products. In fact, brands like Trojan and others triple-test condoms so their products meet and even exceed the quality requirements.

You can talk to your parents (which you may rather not) or an older friend, consult with a doctor, pay attention in school when they offer sex ed, or devour content online. Just make sure to get some condom education before you become sexually active. You want to make sure both you and your partner are safe, and knowing the basics helps.

Socially acceptable It’s been awhile since the sexual revolution so talking about this natural activity is less awkward than it used to be. We’ve had many organizations in the last several decades doing great work in promoting safer sex via condom education.

Yes, we’ve made some strides. Prophylactics have become much more socially acceptable.

However, the topic of should condoms be distributed in schools rages on as a debate. And when used in a setting outside the bedroom, the term ‘condom’ often still generates a giggle or two. We just don’t get this.

Use toothpaste to brush our teeth and keep them healthy, and slathering on sunscreen to avoid getting burned is perfectly normal as is wearing shoes to protect our feet. So why not use condoms when having sex? It’s just a natural thing to do.

Now that we’ve gone through some important information, we’d like to have a little fun too.

Just like there are many names associated with penises (and you can, of course, always make up your own), there are also lots of different terms for condoms. These contraceptives are also commonly referred to as prophylactics, sheaths and rubbers, but you may also hear nicknames like a raincoat, jimmyhat, love glove and c*ck sock to name but a few.

There you have it, our quick take on what is a condoms. Now it’s your turn. Take your time to get yourself familiar with all the types, shapes and lubes available to know what you like. In return, this form of male protection will serve you up to its utmost capability.

As you can see, we love condoms for many reasons, not the least of which include being simple to use and just working.