We use condoms to help protect ourselves from STDs and unintended pregnancies. So it’s a given that the condoms we trust should meet the highest quality standards. 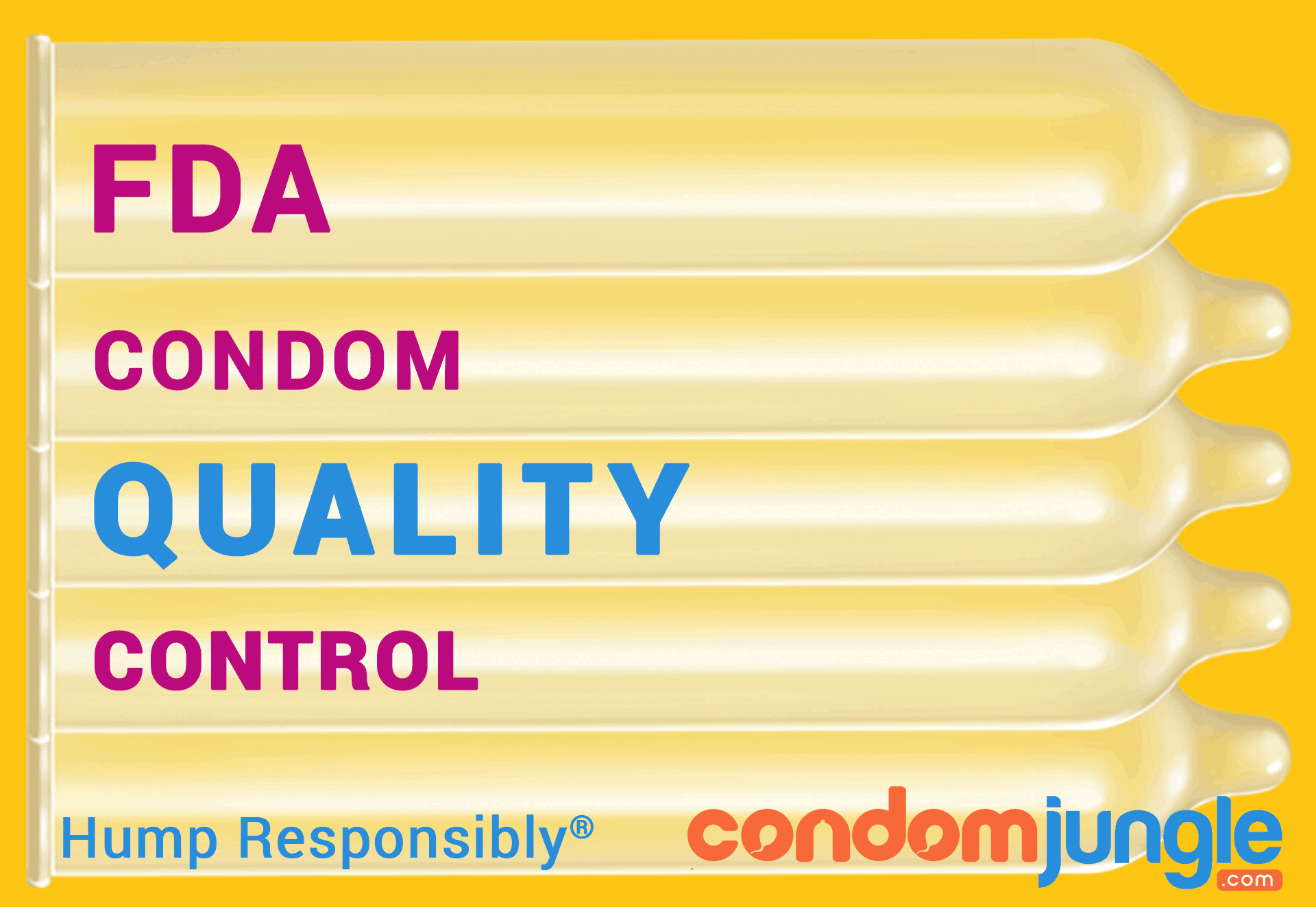 Whether you use products from the leading condom brands that have a long history or from smaller and lesser-known labels, you want your protection to be as dependable as possible.

Condom manufacturers put their products through a battery of tests during each step of the production process before releasing them into the marketplace. But with condoms serving such an essential role in our sexual health, their quality needs oversight.

As stated, brands take measures so their products make the grade. However, as consumers, we want reassurance, and that comes in the form of government regulations. Implementing third-party audits ensures the execution of quality measures. In the U.S., the FDA is the institution that regulates and supervises these intimate products.

FDA is an abbreviation for the Food and Drug Administration. It is a subdivision of the U.S. Department of Health and Human Services.

FDA history dates back to the early years of the twentieth century, more specifically to 1906 when it officially formed. The agency's headquarters are in the state of Maryland. The responsibility of this federal agency is to protect and promote public health in the United States of America.

Since the scope of this article is FDA condom quality control, we don’t go into significant details about all of what the FDA does. We keep our info pertinent to prophylactics.

Class I is a very low risk. Think a bandage you wrap around your ankle or examination gloves.

The FDA classifies condoms as a Class II medical device. Class II includes slightly higher risk products. You might think that condoms are simple and straightforward, and for the most part, they are. However, both consumers and manufacturers need some guidelines.

To ensure their effectiveness and safety condom manufacturers must follow stringent requirements. They must also include information for the consumer about how to use the product since incorrect usage could cause undesirable issues for the user and/or their partner.

Along the lines of condoms, pregnancy tests are another Class II device as is a motorized wheelchair.

In case you wonder about Class III devices, they include highly complex and potentially high-risk products, from cosmetic implants and implantable diabetic devices all the way to life-supporting systems for the lungs and heart.

You can search for other device classifications on the FDA website.

The FDA works closely with manufacturers to make sure that condoms made of both latex and polyurethane are in tip-top shape, ready to hit the shelves of retailers.

Not all materials get the appropriate approval and certification. Such is the case for well-known lambskin condoms. Although they are adequate for pregnancy prevention, the same is not true when it comes to STD prevention. The pores in the lambskin material are too large (in microscopic terms) to inhibit the virus pathogens from passing through. So if you want to use a product such as Naturalamb, keep in mind they only protect you against pregnancy. This is fine if you are in a monogamous relationship and don’t have to worry about what your casual partners might have.

How does the FDA test condom quality?

Manufacturers like Trojan, for example, implement quality control criteria for every step of the production process. They examine the quality of condoms during the following stages:

After performing all of the above, the manufacturer releases the final product for stability testing. It is important to also screen condoms for extensive toxicology issues to eliminate otherwise harmful substances present in the material.

By design, condoms last a certain period before they expire. This means that condoms need to be tested for aging as well.

One of the most familiar condom facts is to not use oils or other greases such as petroleum-based jelly, baby oil, lotion and such for condom lubrication. These substances seriously weaken latex, causing a condom to more easily rip.

The whole point of this quality-oriented process is to make sure that every product meets or exceeds the highest standards.

Yes, condom manufacturers perform a bunch of tests but it’s the regulatory officials from the U.S. FDA that give condoms their final quality approval before releasing them to the market. So any time a brand comes out with a new style, it needs the OK from the FDA.

All reputable factory labs don't take any chances since the FDA must do the final approval process. Brands certainly don’t want any issues with the FDA nor do they want to let you, their customers, down.

Ultimately, using condoms that are tested and FDA approved gives you the peace of mind you want in a condom.